The Best Relationship Advice We Have Ever Received

The Best Relationship Advice We Have Ever Received

Relationships are anything but easy! It takes effort, time, trust, respect and a whole lot of 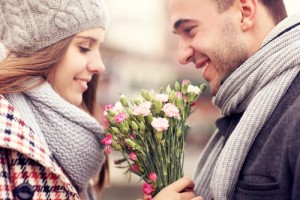 Sometimes relationships get confusing but here are the best relationship advice we have ever received. Relationships enable individuals to become better with their connections and feel better about themselves.

I was advised by a friend to not be consumed with fear of rejection and pain. I once was involved with a man, who is in a relationship with someone else, though we both felt the same attraction and admiration for each other, I remain distant because I was never his choice. Years passed and we met again, we were both single at that time. We have always been comfortable and compatible with each other, but I was scared, I was rejected by him before and it will be too painful to face it all again. But my friend insisted that I should believe in second chances, that I should take a risk and I did, and now we are happily married.

As cliché as it sounds, it’s still a timeless advice. I always try so hard during first dates, I overdressed, I speak too enthusiastically and just would pretend to like whatever my date is saying which is totally a mistake, everything would turn out tragically. Good thing I listened and threw away the facade. I should just be proud of myself and let others see who I really am.

I would usually doubt myself in relationships, believing I’m not good enough to even have one. I had a low self-esteem which can be clearly seen by others. When a friend of mine told me I should believe more in myself and be optimistic, I was hesitant, but thinking that how can others believe in me when I’m having a hard time believing in myself? I am a changed woman now, opening myself to others and going on dates.

I was very idealistic, I believed in ever after and prince charmings. I was used to waiting until I noticed why am I the only one who’s not in a relationship? Precisely because I was just waiting, I wasn’t doing anything at all and expecting that someone would come and save me. Now, I make the moves!

This is probably one of the most important factors to have a lasting and rewarding relationship. When you are comfortable enough to talk and listen to your partner, you’ll survive challenges!

For quite some time, I have been a failure with dating because I worry too much, I was too concern of what my dates think of me that I lost sight of enjoying the experience. Bet I was a stiff and a bore during my dates. But that was before.

I never forget what my parents told me, to always be a gentleman no matter how times change. I’m glad I did though because I am married to a woman who deserves all the honor and respect in the world.

Do you have an advice? Feel free to comment. 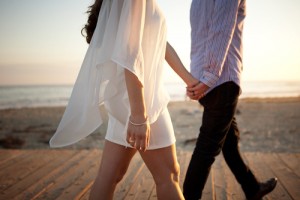