The REAL Reason Why Some Couples Look Like Each Other?

There’s this old-age adage that couples who look a lot like each other tend to last. Why does this happen? Do people have the affinity to be attracted towards those they can see themselves in, physically at least? Or is it because over time, romantic couples physically grow similarly? Psychologists have looked into this phenomenon and here’s what they think. 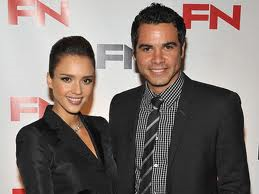 According to observations and studies, looking alike serves as an important factor in the initial stages of attraction. This occurrence has something to do with the driving force within our DNAs that lead us to gravitate towards those whose genes resemble our own. Some studies which findings suggest this observation includes those identical twins whose choice of spouses resemble each other physically and psychologically than spouses of fraternal twins and another one which involved heterosexual individuals unconsciously rating their faces digitally morphed into the opposite sex as the most attractive. Simply, these studies suggest that “like attracts like”.

More interestingly, these physical likenesses tend to further develop over time too. To somehow prove this, participants perceived older married couples to look more similar than newlyweds. Furthermore, it was also noted that couples who were reported to be the happiest resembled each other more closely.

But how do these psychologists explain this? They say that the similarity in appearance is the result of empathic behaviors of couples. They think that because romantic couples frequently empathize with each other and share their emotional states, these shared emotions equal to same facial expressions— the key to increased physical similarity. They tend to have the same creases and lines over their faces, however, the couple’s environment and diet can also be a contributing factor to their similar appearances.