Reasons why Millennial Women are Happy Being Single

Reasons Why Millennial Women are Happy Being Single 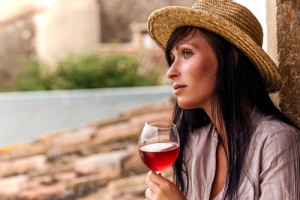 Every generation is uniquely different from each other. If you compare Gen X from Gen Y, you’ll notice how each has its own values and characteristics. While Generation X views work as a difficult challenge, Generation Y treats work as a fulfillment. Gen Y being the most recent generation has been given emphasis in a lot of studies especially on how they deal with relationship and commitment.

There are many reasons why millennial women are happy being single, Generation Y or more famously known as Millennials are born from 1980-2000, they have grown up in a time of rapid change which effected to different priorities and expectations from the previous generations including their take on marriage and relationships. According to Pew Research Center, there is a huge decline in marriage among the young, using the 2013 March Population Survey, there is only 26% of millennials who are married at age 18 to 32 compared to 36% and 48% from Generation X and Baby Boomer respectively.

While other romance media are portraying women as dreamers of forever and I DO’s, realistically, millennial women are actually doing quite the opposite. These women are delightfully taking their time relishing their independence and are definitely not in the rush to have a committed and serious relationship.

Women from previous generations are traditionally following a trend of marrying and having their own family for many different reasons, in fact there are still loads of women out there who would love to get married which is wonderfully well but times have changed, women especially millennials don’t just sit and wait around for men anymore. Millennial women have become travelers and achievers appreciating their own time and space without the weight of trying to settle down.

The Most Common Reasons Why Millennial Women are Staying Single

Millennials have discovered there are so many fun things to do and are so much happier by themselves. So why do millennials love to go solo? Aside from above explanations, here are the most common reasons why millennial women are happy being single:

Millennials give value to their educational attainment and are pursuing advanced degrees and are more likely to prioritize education than having a partner. They are school achievers who have enough education and training to get ahead in a job.

They highlight professional development over partnership, not only belonging to a workforce but actually leading and holding higher positions. Plus they are a team player who loves to work with creative and bright people like them. They are well motivated to work and has ambition to keep on going up the success ladder.

They are technology savvy and are well connected to almost anyone, anywhere. They are said to be more connected yet less committed, thus not having enough exposure to possible partners, and by exposure I mean, real, physical, special contact.

Either they feel too young or they are not just ready to settle down, prioritizing goals of self-actualization than getting hitched.

Because they are independent women who are achievers, they aim to be financially stable first before settling down, if marriage is indeed part of the plan. They don’t need men to support them financially because they feel they are well able to provide for their own.

Not needing to get married meant marriage can always wait as long as she is economically stable and self-fulfilled.

Marriage remains sacred but for the longest time staying married remained a struggle. Millennials get scared too, they don’t want to commit and hurry on marriage and just end up with a grueling divorce process.

Well it has been clear, that settling down is not a priority at least not just yet. But millennials think if they haven’t found the one then walking down the aisle may never happen. As long as millennials don’t feel the need to commit, then finding the one may be as hard as finding a pot of gold at the end of the rainbow.

There are so many Reasons why millennial women are happy being single. While marriage may not be for millennials, they are regarded as open-minded, expressive and confident. And hey, being single can be awesome!

Robyn Nind is a dating coach and matchmaker at Blue Label Life. Robyn has helped countless singles find love and a partner.

Make a confidential appointment to find out how Robyn can help you.
ENQUIRE NOW

Take that first step get in touch