Heads up single ladies, you aren’t the only ones struggling with being alone in an overwhelming sea of romantic relationships. In a group of guys, there’s always that one who’s being ganged up on as the perpetually single member of the group. He’s often known as Mr Single. Although there’s a hefty bunch of men who love being single, there are those who are frustrated of being called Mr Single, Mr Bachelor, Mr Alone. Because there’s a clear difference between being single and still having fun and choosing not to be single, just not meeting the right woman. 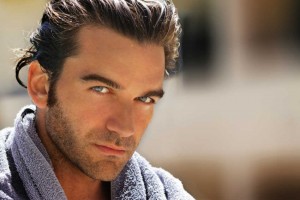 These are men whose frustrations arise from not understanding what women actually want from them. It seems like they are trying hard enough, but women that are ready to settle down are just harder and harder to come by. Mr Single who doesn’t want to be often has no idea what to do.

Love doesn’t come with instructions and attracting the right woman for the man known as Mr Single isn’t always an easy task. More often than not, the reason why some men remain single even through their 30’s or 40’s even 50’s is because, just like everyone else, they just haven’t struck up the right combination of meeting the right people at the right time or creating an environment for them that fosters the possibility of relationships.

Most of the time, men who remain single keep on making the mistake of pursuing women who aren’t right for them, which in turn keeps them single and makes them look like they want to be Mr Single when in fact they just don’t know what to do and aren’t having much luck. They always take the futile route of “making her like me”. The bottom line is, there’s only so much you can do to change a woman’s feelings for you. Instead of trying to twist her feelings to like you, aim at changing what can be changed—YOU.

First of all, if you want to put an end to being known as Mr Single you need to have a level-headed look at yourself. Know what you want and who you want, and make sure both are aligned. Level with your standards and do not expect anything from the opposite sex without delivering. Be confident and happy with who you are, have direction, live an interesting life, try new things and do thing things you have always wanted to do and once that self-confidence coming from someone who is such, then you become more appealing to the right woman.

Increasing your chances of finding romance isn’t all about throwing yourself out there. It’s also about knowing the right environment to cast your net or meeting people a whole lot more like you. So the next time you find yourself feeling like Mr. single despite your efforts, ask yourself this: “Am I swimming in the right ocean?”.